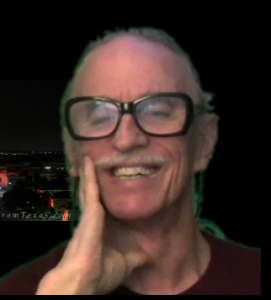 As most know, I am expecting an eventual bear market that will last 2 years or more. Any bull market that ensues when the bear market ends, will be tepid compared to any that has been experienced in the 2000s.

I am still expecting a severe permanent depression, simply because a country cannot plan its way into a recovery. This will be the first economic downturn in American history with the absence of free market influences.

The inflation being experienced will eventually give way to deflation. As often mentioned, I don’t use quantitative analysis in my work as an economist. I focus on the natural law that creates the numbers others have so much confidence in. Inflation will cease and reverse even though there is mountains of unearned money in the upper echelons of the economy. Only the rich have money. Countless others are up to the necks in credit card debt and have no cash to spend. There are products on the market but  little to buy them with. Prices will start dropping. All except the rich buy those things that are going up in price. There are plenty of substitutes. Much is spent on entertainment and other non – essentials that can be removed from budgets.

Does Morality Matter? PDF Version
In mainstream economics…. no, morality doesn’t matter. In fantasy – free economics…. it does.  That is because instead of focusing on numbers, I focus on the natural forces that make the numbers what they are.  In mainstream economics, morality doesn’t matter. An immoral activity doesn’t produce a negative number  that can be used in analysis. Neither does a moral activity produce a positive number.

Words are interesting. Say either moral or immoral and and it might seem like the the conversation is about to shift to some lofty philosophy that is useless in public life. It may seem like an idealist is about to bore everyone. Each religion identifies what is moral and what is not. Societies where there is no religion at all, have systems of morality that parallel those of religious societies. END_OF_DOCUMENT_TOKEN_TO_BE_REPLACED

In 2019, I was getting about 1000 reads per day. Today, after Fantasy – Free Economics in its original form was destroyed…. I have 6 readers along with about 3 referred by Google. YouTube has quarantined my Fantasy – Free Economic channel. Prior to that, despite our complete ineptness in making videos, we  were getting plenty of views and subscribers. END_OF_DOCUMENT_TOKEN_TO_BE_REPLACED

The Will Of The Voters

The Will Of The Voters PDF Version

We vote with the expectation that those we elect are bound to carry out the will of the people. Is that democracy in action? It is supposed to be.

This brings some questions to mind. Sometimes asking the most simple questions about any kind of system or procedure uncovers significant findings. Often it identifies exactly what a problem is. Other times – it leads our thinking in the right direction.

Look at the outcome of a process. Then ask. Given the assumptions that are made about what inputs are assumed to generate a given outcome, what if these inputs yield a different outcome than the one intended? Then ask, if what we are assuming is not getting the result we want, what inputs actually would generate the outcome we expect? END_OF_DOCUMENT_TOKEN_TO_BE_REPLACED

It is easy to notice, I seldom use hard facts or any type of complex reasoning. I use natural law instead. Natural law has predominance over any man made theories. Why is that? All I can say is try Fantasy – Free Economic Theory and you will see that it works.

Mostly what the theory calls for…. is understanding reality and putting that knowledge to good use. To do otherwise is to observe the world through a prism of fantasy. 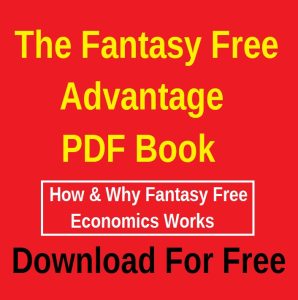 When discussing free markets, I avoid using the term capitalism. Mostly when folks use capitalism as a term, they do mean free market system. Capitalism literally means that the factors of production, land, labor and capital are owned privately. Given that – the economy in the United States is capitalist.

There is more to a free market than the people – not government, owning the factors of production. Free markets can only work in a system based on democratic principles. Capitalism can function in an authoritarian state. In the United States we do have a capitalist economy but not a free market system. END_OF_DOCUMENT_TOKEN_TO_BE_REPLACED

Why People Do Things

Local life is what all are accustomed to. It can be mighty comforting to project the norms of local and family life to life in groups. That is routinely done. It is almost universally done. The fact is though, as groups get larger and larger, self – interest becomes the only relevant incentive. Politicians run for office out of self – interest. This is despite the public thinking otherwise.

Understanding the role of incentives creates opportunities for understanding. When a person or institution changes dialog that is not in keeping with their historical posture, there is an incentive for doing so. When a number of entities suddenly change behaviors, there is a good chance their efforts are coordinated.

Serious censorship began emerging as 2019 was coming to a close. Was there a reason for that. There had to be a reason – even if none were apparent. The general media has no natural incentive to protect the public from being exposed to wrong information. This is with the exception of being certain their own content is accurate. They also, these days, have an incentive to produce content that is agenda driven. But why would the media be agenda driven?

During the early days of the U.S. Covid response, Facebook began censoring content that even raised simple questions about the efficacy of anointed cures being  implemented. Facebook even deleted posts that even suggested that vitamin c might be of value. Reputable highly – credentialed doctors were silenced and ostracized for speaking up. Any doctor with a doubt about official policy risked being fired. The pharmaceutical industry started pumping out vaccines. These were as much as forced on the public. All speaking against have been and still are being squelched.

There is no way anyone is allowed to speak in a way that is critical of any cure coming out of the pharmaceutical industry.

Do you see a pattern here? Can you connect any dots? What natural interest do these corporations have in silencing criticism? Somehow, censorship makes sense to their business models. What would be the advantage to the largest corporation managing and manicuring information the public sees? Why standardize and homogenize all of a population?

Would giant corporations not be able to plan and manage more efficiently – if all of their customers were completely trusting and of the same mindset? Why did Henry Ford standardize parts for cars and production lines? Why only mechanize output? Why not mechanize customers as well?

Is there a chance here that social media, the pharmaceutical industry and others…. profit enormously, by creating a market full of docile…. trusting and homogenized consumers? Would it not benefit such corporations to limit the options of their customers – so that their products and services are all that is available? Would it not be helpful also to inspire government to force folks to buy what they are selling? Censorship can create a wonderful world for those who know how to use it.

Of course, all related is deemed to be for the safety of the public.

The corporate structure has been around for centuries. Not once in history have corporations been obsessed with creating extreme safety for all Americans.. Corporations do have the same incentives they have always had. That is to make profits for their shareholders by any legal means possible.

It is not hard to reason that modern censorship is a profit initiative. Generating profits is the only incentive corporations have.

This is how to reason using the fantasy – free approach. When an entity is doing things it has no natural incentive to do, it is not hard to piece together a logical scenario as to why they are really doing it. All of this can be done with no actual facts or information. These things are not done out of agape love for humanity.

Just know what incentives are really in play. Apply them where they belong and the work is done. Recognize when a party is doing something any real incentive would not lead them to do.

Law of Power and Absolute Power

You may be aware, I don’t use quantitative analysis or economic models in studying economics. I do use charts and graphs  to illustrate points and generate understanding. The chart to the left illustrates how corruption increases with levels of power.

Based on the law of power and absolute power, anyone we elect to public office is more corrupt than the voters who elected him. World leaders do not have absolute power but come mighty close.North Korean dictator Kim Jong Un, within his own country, is about as close to completely corrupt ….of any world leaders today.

Based on the power and absolute power principle – how corrupt on a scale from one to ten would the president of the United States be? The president is deemed to be the most powerful human on the planet. That implies that any president is pretty high on the corruption scale.

One night, I was having a conversation with a couple of Trump supporters. I asked them this. “On the day after the election in 2016, was Trump more corrupt than he was the day before…. when he was a candidate?” The response I got was, “No, not Donald Trump – he is a good guy”…. and on and on……………

Are elected leaders more corrupt than the voters who elect them?

Do you believe that law of power and absolute power is true?

If it is true, then any president is more corrupt upon being elected than he was prior to being elected. His level of power has gone parabolic. Every time we empower leaders, we increase the level of corruption correspondingly.

The Coming Tech Train Wreck PDF Version
When a person is based in reality and not observing the world through the prism, he gets a lot of free information. Little things matter and all the dots start to connect.  One of my ongoing points, is that all animals including humans have an innate ability to recognize threats, dangers and opportunities. This is a survival thing. Another point I make is that companies with products and services which are immoral or have no utility to society have a short lifespan…. compared to others.

Big tech corporations honestly have a negative utility and are immoral. That means they have an end. For our tech industry, the end may be in sight. END_OF_DOCUMENT_TOKEN_TO_BE_REPLACED